Lumia in the Contemporary Light

As part of Yale University Art Gallery’s exhibit of Thomas Wilfred, the 20th Century light installation and time-based media sculptor. His kinetic light sculptures explored the depth of potential of light as a medium in a mesmerizing splendor. The re-purposing of technologies to generate seemingly infinite compositions of light involved tinkering with several devices to create a kind self-contained performance.

Our group was interested in developing an interactive piece inspired by Wilfred’s work but taking into account the contemporary methods of signal generation and processing. In parallel with the DMCA’s plan to explore Wilfred’s work in the mediums that were available to him, we explored the tinkering spirit that his work engaged amongst contemporary tools and techniques. To investigate analog synthesis and processing of light but through the lens of most of the digital tools that we regularly engage.

This Projected was graciously funded by the Yale DMCA Interdisciplinary Arts Award. Awards were granted in amounts of up to $5,000 to projects that demonstrated an ability to collaborate across fields with creative and critical insight, and thereby reflect the interdisciplinary arts research mission of the DMCA. 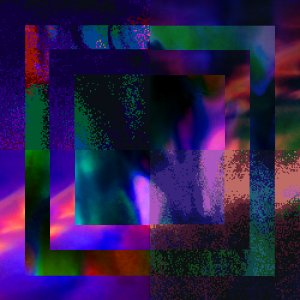 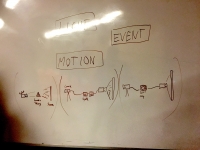 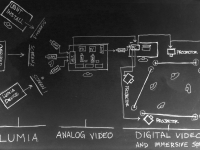 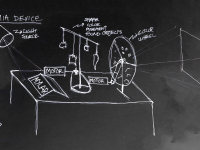 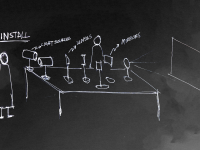 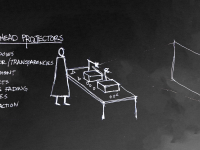 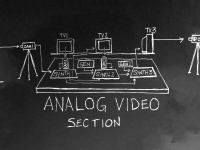 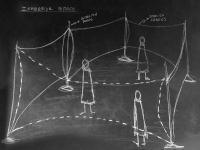 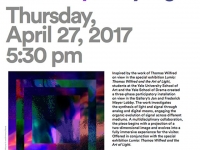 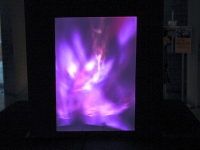 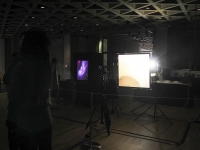 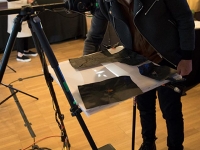 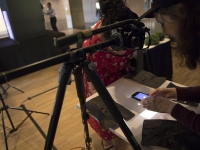 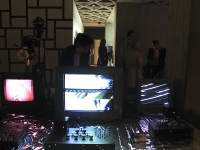 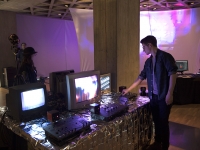 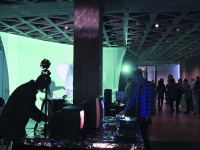 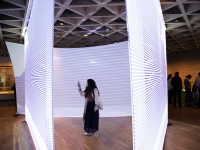 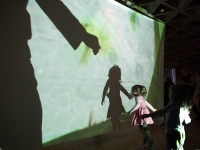 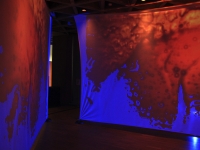 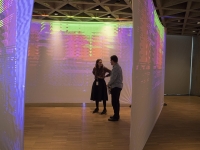 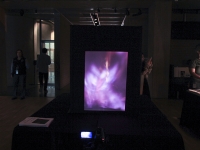 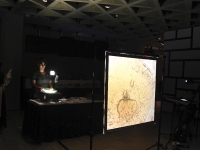